COVID-19 Update: What to Expect in Our Office. Our Commitment to Health and Safety. Read our safety protocols here. 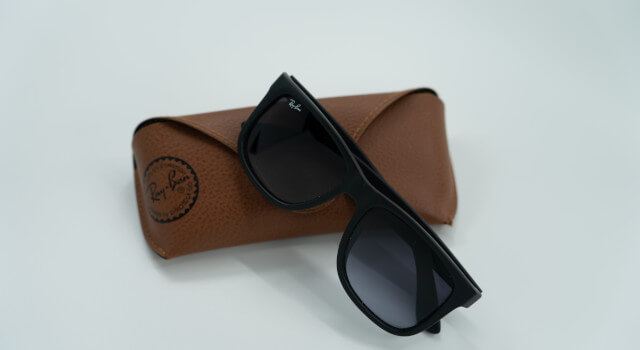 Since being introduced in 1936 by Bausch & Lomb, Ray-Ban sunglasses have been an integral part of American culture.

The first mirrored sunglasses ever produced were made famous by celebrated World War II General Douglas MacArthur, and created by Ray-Ban.

In the film The Blues Brothers, Dan Akyroyd and John Belushi donned black Ray-Ban Wayfarers to give their characters that patented cool, bluesy look.

And when Tom Cruise and his co-stars climbed into their F-16s and took to the skies in Top Gun, Ray-Ban Aviators were the natural choice.

The brainchild of a U.S. Army Air Corps officer, Ray-Ban Aviators were designed to reduce glare and UV radiation for pilots as they flew. Since then, Ray-Ban has become one of the biggest names in quality sunglasses, maintaining its signature look throughout the 20th century, and into the 21st.

Sold by Bausch & Lomb to Luxottica Group in 1999, Ray-Ban continues to offer a wide variety of sought-after sunglasses. Along with their timeless Aviators, Ray-Ban’s most popular frames include Clubmaster, Wayfarer and Round.

With Ray-Ban Stories, wearers can use their glasses to listen to music, make phone calls and record the world around them in photos and videos up to 30 seconds long.

At Eye Trends, we put your family's needs first. Talk to us about how we can help you maintain healthy vision. Call us today: 936-206-7366 or book an appointment online to see one of our Conroe eye doctors.

Want to Learn More? Read on!

Where did Ray-Ban Sunglasses get their name?

Ray-Ban sunglasses were first conceived by US Army Air Corps Colonel John A. Macready as a way to help airmen navigate the skies. These prototype Ray-Ban sunglasses had green lenses that were able to cut glare and reduce the impact of ultraviolet and infrared rays on pilots’ vision, all without obstructing their line of sight.

The sunglasses’ ability to “ban rays” resulted in them earning the name they’re famous for today:  Ray-Ban.

What features and styles are offered for Ray-Ban Stories?

Stories are offered in 5 different colors and 20 different styles. These include signature Ray-Ban frames, such as Wayfarer, Round and Meteor. Wearers can choose from a selection of lenses, including prescription lenses, sunglasses and transition lenses.

Stories’ frames have a set of micro speakers for phone calls, two 5 megapixel cameras for photos and videos, 3 mini-microphones that can be used for calls and audio recordings, a touchpad, battery and more. All are powered by a dedicated Snapdragon processor.

The frames also come with a specially designed portable recharging case. When fully charged, Stories smart glasses offer up to three days of continuous use.

"Have been using Eye Trends for 3 years now and have been very happy with them. Everyone is very helpful, courteous, and knowledgeable. I started using contacts for the first time at an older age and they have been very patient when helping me. Also are very quick with fitting...
- Sharon T.
5